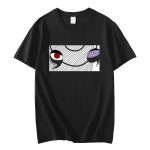 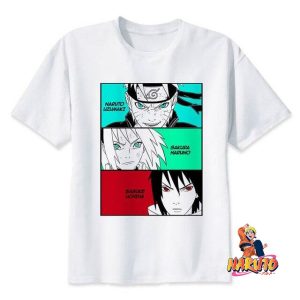 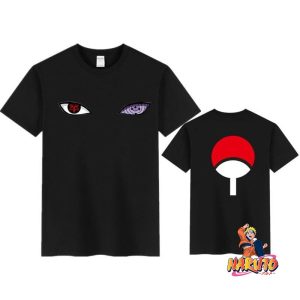 Obito was a cool child that was teammate with Kakashi and Rin. under the supervision of Minato Namikaze. During a mission while the Third Shinobi World War was happening. he died crused by a giant rock. Well. he actually didn’t die and was saved by white Zetsu. under the orders of Madara. He was then taken care of by him. Madara entrusted him with his plan and Obito carried it until the Fourth Shinobi World War. During those times. he’s seen wearing a white mask that allows his two eyes through (sharingan and rinnegan). This Obito Shirt is made out of broadcloth. micro-fiber and it is perfect for casual use. Wear at home. for sport or simply as a streetwear outfit. make some cool pictures for your social media and make everyone jealous! Show your passion for the Naruto Anime and impress all of your friends. Please refer to the size chart guide (from S to 3XL) below to avoid any after-sales issues. The Obito Shirt is ideal for seasons such as spring and summer but can obviously be worn at any seasons! Be the first to review “Obito Shirt” Cancel reply