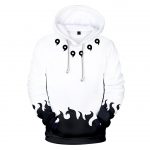 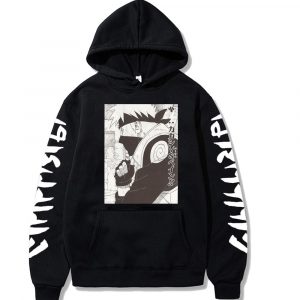 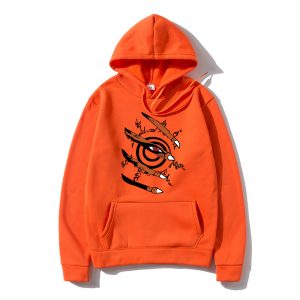 The “Sage of Six Paths” title was given to Hagoromo Otsutuski. the son of Kaguya Otsutsuki. To the image of Eve. consumid the defended fruit in the christian religion. Kaguya ate the fruit of the God Tree. making her the first ever wielder of Chakra. In addition to this analogy. the Otsutsuki Clan is a clan of horned-beast than came from the sky. Kaguya had another son along with Hagoromo. Hamura. Hagoromo is the alpha of the shinobi world we now know. Creator of the ninshu. which literally means “Shinobi Sect”. Hagoromo was the one that understood and taught the secrets of chakra. He went on and gifted every single persons in the world with chakra just like a priest spreading his gospel. The Sage of Six Paths Hoodie is designed with the exact same motives as in the Naruto anime. a white color and 6 black tomoe. We made our twist to satisfy the community and gave you some variations of the Sage of Six Paths Hoodie. you will love it! It’ll be a great and unique feature to add in your dressing. The 3D priting will also give awesome visuals to your hooded sweatshirt. Don’t hesitate no more and get your Sage of Six Paths Hoodie!