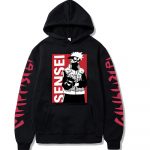 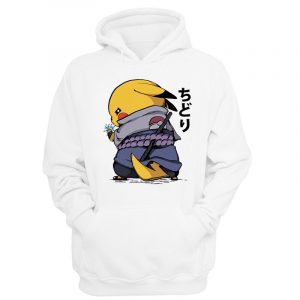 This Sensei Hoodie pictures the famous and talented Kakashi. seemingly ready to use his lightning technique! Kakashi was the captain of the Team 7. composed with: Sakura. Naruto and Sasuke. Teams are formed after a genin gratuates from the Academy. The members that compose each teams are usually either gathered because they possesses some traits. abilities that are complementary to each other or because they possesses opposite traits/skills. Everything is made in the sole purpose of creating a stronger bond in the team between its members. Kakashi Sensei was in this sense a very good sensei as he created a bond between the three young shinobi.

Kakashi Hatake is the talented son of the “White Fang” of Konoha! He is able to make use of various techniques such as lightning techniques and even make use of the sharingan. even though he’s not an Uchiha. Kakashi showed multiple times his ability to observe. analyse and make clever decision according to the situation. If you love the character of Kakashi Hatake. this is the sweatshirt you need! This Sensei Hoodie is perfect. if you love the character of Kakashi. Not only talented. he also has a lot of charism as he often appears calm and collected. no matter the situation. This Sensei Hoodie is made out of 65% cotton. which is very good to provide a soft touch and a great comfortableness. This is your chance to get the Sensei Hoodie! The Kakashi Sensei hoodie is ideal for seasons such as winter and autumn but can obviously be worn at any seasons!